Traditional forms of marketing, such as direct mail, print and television advertising, continue to fall out of favor with business-to-business marketers, according to our recently-released Software Advice report.

We received responses from 155 primarily executive-level marketers in a poll we called the B2B Demand Generation Benchmark Survey. They were asked about spending plans for the New Year; as well as which channels, content and offers they find most powerful for producing quality and quantity of leads.

The sample included primarily smaller businesses, with marketing budgets of $250,000 or less, although there was some representation in the tiers up to $100 million in marketing spend. The sample was also primarily from technology companies with less than 100 people.

One of the first things we discovered were the most popularly-used channels. Email marketing to a house list came in as the most-used channel, followed by search engine optimization, social media (not ads) and trade shows.

These results reflect an increased focus on what’s popularly called “inbound marketing,” or driving traffic to your site from customers already searching for your product. Many times these channels are also lower cost. You’ll notice a correlation between the cost per lead of each channel and their popularity in the chart below. Trade shows was one exception to this trend.

One thing marketers need to be careful about, however, is the quality of leads from these channels. Even if the cost is low, it’s important that your return on investment translates over into the kinds of leads your getting from each channel. Lead scoring is one good way to measure this quality. This usually includes gauging factors such as the decision-making power of the contact, their purchase timeline, budget, industry, or what kinds of content they’ve interacted with or downloaded.

“If you just look at a program on the surface from a solely cost perspective you might never realize it’s just not bringing back the right people. You could end up with a whole database full of contacts of people that will probably never buy from you,” said Elle Woulfe, marketing programs director for Eloqua.

In this regard, the sample agreed that in-house email marketing and SEO provide the most high-quality leads because they are prospects that have proactively sought out your company or product. They’ve clicked on a link, and want to consume something that you are offering. While social media is popular, it has yet to produce such quality leads, at least as consistently as other channels.

Also interesting, 3rd-party lead originators and search engine advertising received the largest percentage of votes for being high quantity channels, yet they didn’t score high on the popularity scale. This is likely due to cost, but again these are often really high quality leads. Marketers should look at the total cost-to-spend ratio.

Despite marketers admitting social media doesn’t produce quality or quantities of leads on a consistent basis, the channel received among the highest percentage of votes for elevated spending in 2013. This more likely to do with the buzz than anything else.

Even if you are a director of marketing and see how all of these programs perform, likely a CMO ahead of you is saying, “You need invest in these programs because that’s what everyone is doing.”

For questions about content, marketers didn’t mirror the trend as far as prioritizing high quality or quantity of leads. Videos, for example, was listed as the second most popular, yet didn’t score well on our scale for quality or quantity.

This is likely due large part to the marketers need to produce content in a way that customers want to consume it. Videos are popular because people don’t have as much time to read.

Content success has a lot to do with where you are targeting customers in the sales funnel. A video testimonial from a customer, for example, could convert really well for high-scoring leads that are near the end of the sales funnel.

Alternatively, a lot of content is used pre-funnel and not meant to be highly-converting. It’s more about getting the customer educated and developing preference over time. For this reason, a one-size fits all approach to content can backfire. You need to measure success against varying goals.

Guest Post by Ashley Verrill
Ashley Verrill is a market analyst with Software Advice. She has spent the last six years reporting and writing business news and strategy features. Her work has appeared in myriad publications including Inc., Upstart Business Journal, the Austin Business Journal and the North Bay Business Journal. Before joining Software Advice in 2012, she worked in sales management and advertising. She is a University of Texas graduate with a bachelor’s degree in journalism. 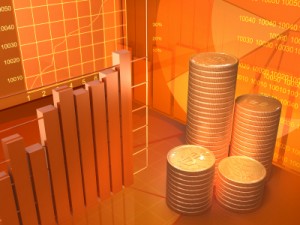 One of the most important decisions a business owner or CEO will make is establishing a budget for marketing. Like talent, product and infrastructure, marketing must be viewed as a necessity in business.  Marketing expenditures are essential investments for growth.

An average SMB (small-to-medium size business) will typically set a marketing budget at 4% to 6% of sales revenues.  There are several factors that can impact this budget.  As an example, a well-funded startup may invest 20% of revenues for aggressive consumer acquisition programs and advertising.  Notice, the “well-funded” qualifier.  Likewise, there is always difficulty in setting a budget for a pre-revenue company. Entrepreneurs will often spend most of their investments in product and then struggle to bring in sales. Startup costs must include marketing.  For every dollar invested in product, people and infrastructure, an equal dollar should be set aside for investment in sales and marketing.

1.  Brand Awareness:  Your marketing investment should start with focus in reach and awareness including brand identity, a website, company advertising and direct and social marketing.

3.  Nurture:  Finally, maximize your marketing investments with customer communications, CRM services, loyalty initiatives and nurturing programs to maintain the valuable potential and existing customer relationships.  Once you have them engaged, use your marketing spend wisely to develop and grow your relationship.

After your marketing budget is defined, you will want to establish how you will measure the success of your investment.  ROMI is the acronym for Return on Marketing Investment.  The calculation is total revenue divided by marketing spend.  ROMI = Revenue ($) / Marketing Spend ($).

Some marketing activities such as branding, advertising, PR and social media are harder to track impact and influence. As a rule of thumb, the simple ROMI equation gives you a thumbnail sketch of your return on your marketing investment.  ROMI is a good KPI (key performance indicator) for leaders to use in the business dashboard.

If you are a startup or pre-revenue, the marketing spend will be set as your budget for purposes of forecasting. Some may argue that there should be other factors added or subtracted, such as attributable revenues; however, most businesses have a difficult time tracking every dollar spent on activities such as advertising. Start with the broadest “buckets” and as you increase your marketing reporting and tracking sophistication, you can scrutinize spending with finer analysis.

Marketing is an investment.  Success in ROMI requires budgeting, reporting and analysis in order to fully actualize the benefits.

In lean times, business owners have a tendency to cut marketing spend. Lost time and lack of investment, even during challenging periods, impacts long-term growth. The result may not be felt right away. It is an illusion. Prolonged periods of reduced marketing spend can dramatically reduce sales opportunities. The fewer dollars you put into a marketing budget the greater the exponential impact on future revenues.

Similar to an investment savings account, the more you put into your “growth” marketing account, the higher potential return on your investment. The more dollars spent on high risk marketing activities, the greater risk to returns. Any sound investment advisor, marketing or financial, will counsel a business owner and CEO to invest based on the organization’s risk tolerance.  Marketing investments should be treated like any financial investment.  Know your risk tolerance, invest accordingly.  If the business has low tolerance for risk, eliminate marketing spend in expensive tactics that are difficult to measure. Always diversify your investment to mitigate risk.

In order to qualify for a return, it requires an investment.  Failing to set aside funds to market is failing to invest in business sustainability.  Expectations of sales without an adequate marketing budget is a business built on luck. Though we would all like to be lucky, if you plan to sell something, invest in marketing to create the sale.

“I have a problem with too much money. I can’t reinvest it fast enough, and because I reinvest it, more money comes in. Yes, the rich do get richer.” -Robert Kiyosaki